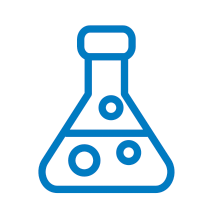 The quality of starting materials resulting from Fermentation Scale Up often determine the purification strategy or even the success of purification. Our Cell Culture Services aim at achieving maximal r-protein production through optimization of fermentation processes and it could be a very important purification step in itself. Time and effort invested at this stage often result in substantially shorter purification protocols and higher yields of active r-protein. Our experience with various high-producing cell lines, cell culture growth modes, media formulations, methods of protein extraction, fractionation and enrichment enables us to design the most optimal production process for your starting materials.

CONCENTRATION AND BUFFER EXCHANGE OF CONDITIONED MEDIA BY

Zhaopeng Li & Ursula Rinas, Microb Cell Fact, 2020 Apr 6;19(1):83.
Abstract
Background: Recombinant protein production can be stressful to the host organism. The extent of stress is determined by the specific properties of the recombinant transcript and protein, by the rates of transcription and translation, and by the environmental conditions encountered during the production process.
Results: The impact of the transcription of the T7-promoter controlled genes encoding human basic fibroblast growth factor (hFGF-2) and green fluorescent protein (GFP) as well as the translation into the recombinant protein on the growth properties of the production host E. coli BL21(DE3) were investigated. This was done by using expression vectors where the promoter region or the ribosome binding site(s) or both were removed. It is shown that already transcription without protein translation imposes a metabolic burden on the host cell. Translation of the transcript into large amounts of a properly folded protein does not show any effect on cell growth in the best case, e.g. high-level production of GFP in Luria-Bertani medium. However, translation appears to contribute to the metabolic burden if it is connected to protein folding associated problems, e.g. inclusion body formation.
Read more

Lucille Pourcel et al., Biotechnol Bioeng. 2020 Apr; 117(4): 1117–1126.
Abstract
In this study, we assessed the importance of cytoskeleton organization in the mammalian cells used to produce therapeutic proteins. Two cytoskeletal genes, Actin alpha cardiac muscle 1 (ACTC1) and a guanosine triphosphate GTPase‐activating protein (TAGAP), were found to be upregulated in highly productive therapeutic protein‐expressing Chinese hamster ovary (CHO) cells selected by the deprivation of vitamin B5. We report here that the overexpression of the ACTC1 protein was able to improve significantly recombinant therapeutic production, as well as to decrease the levels of toxic lactate metabolic by‐products. ACTC1 overexpression was accompanied by altered as well as decreased polymerized actin, which was associated with high protein production by CHO cell cultured in suspension. We suggest that the depolymerization of actin and the possible modulation of integrin signaling, as well as changes in basal metabolism, may be driving the increase of protein secretion by CHO cells.
Read more

Magdalena Malm et al., Sci Rep. 2020; 10: 18996.
Abstract
The need for new safe and efficacious therapies has led to an increased focus on biologics produced in mammalian cells. The human cell line HEK293 has bio-synthetic potential for human-like production attributes and is currently used for manufacturing of several therapeutic proteins and viral vectors. Despite the increased popularity of this strain we still have limited knowledge on the genetic composition of its derivatives. Here we present a genomic, transcriptomic and metabolic gene analysis of six of the most widely used HEK293 cell lines. Changes in gene copy and expression between industrial progeny cell lines and the original HEK293 were associated with cellular component organization, cell motility and cell adhesion. Changes in gene expression between adherent and suspension derivatives highlighted switching in cholesterol biosynthesis and expression of five key genes (RARG, ID1, ZIC1, LOX and DHRS3), a pattern validated in 63 human adherent or suspension cell lines of other origin.
Read more