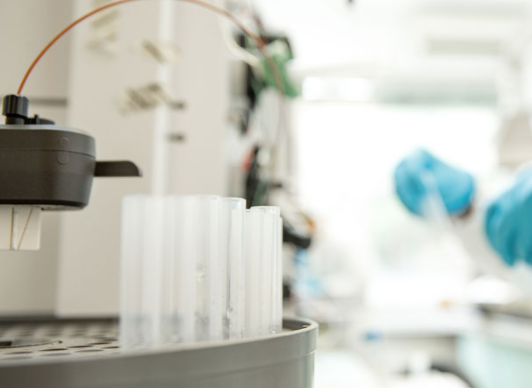 Protein purification by chromatography is a technique that is familiar to anybody who’s worked in a biochemical laboratory. The concept of separating complex biological mixtures into their components holds much biophysical utility that many scientists rely on for purifying their target proteins. The functionality of this technique reaches new heights with the implementation of affinity tags – short amino acid sequences that can be added to recombinant proteins through genetic engineering to facilitate their purification. 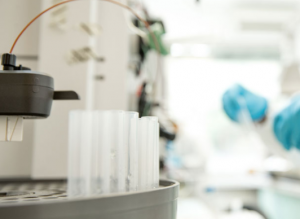 The most ubiquitous affinity tag is certainly the polyhistidine tag. This tag consists of a chain of consecutive histidines, usually numbered at six, and is typically appended to the end of a protein sequence. This chain of histidines forms coordination bonds with immobilized transition metal ions through its aromatic nitrogens. Typically, a routine technique in protein purification labs, running a His-tagged protein through a Nickel-resin column is a simple and intuitive way to extract the tagged protein from biomass solutions. The popularity of the His-tag is owed largely due to its small size.  In addition, it is relatively unchanged, and can be eluted with a mild imidazole gradient that usually does not affect biological function of target proteins.  Sometimes increasing the number of histidines to 8 or 10 could results in higher Ni-affinity that would allow more stringent washing to remove non-specifically-bound proteins.  Ni-affinity resins are also economical, as they can be regenerated multiple times.

For the recognition of antibodies, epitope tags are preferred for their small size yet very high specificity. Common epitope tags include the FLAG-tag, myc-tag, and HA-tag among others. Their high specificity can be attributed to the fact that they are usually derived from viral genes. For a protein tagged with an epitope tag, it is typical to run the solution through an immobilized antibody for binding. There are 2 options for protein elution.  The first option had been widely used and it involves elution with either low or high pH.  Sometimes exposure to extreme pH results loss of biological activity.  Lately, the second option, elution with the competing peptide, became more common, as it does not affect protein functionality.

Aside from binding, tags can modify protein chemistry in other ways. For example, the FLAG-tag is a short tag yet is highly polyanionic (five out of the eight amino acids are aspartic acid). Thus, the charge differential that this tag imparts to the tagged protein can be exploited using chromatographic techniques. To increase the strength of these effects, multiple tags can be added to the protein sequence in tandem – the FLAG-tag is often used in triplicat for this purpose. Since the FLAG-tag is relatively inert, it can be inserted anywhere within the protein and will likely not disrupt the protein structure or complexing behavior. If one tag isn’t enough, multiple tags can be used in conjunction to facilitate more complex protein separation.

Many affinity tags are used to suit the diverse needs of protein purification. When choosing the correct tag for your protein project, it is important to strike a balance between target binding affinity and the preservation of biological activity of a to-be-purified protein.

ARVYS Proteins, Inc. is a leader in the space of Protein Purification.  ARVYS Proteins’ blog was just named to the Top 25 Doctor Blog by Feedspot.com