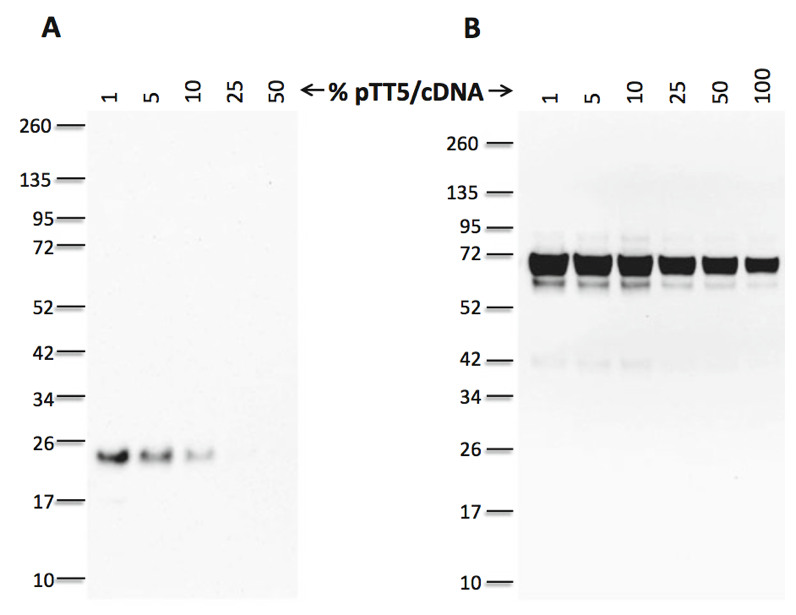 One can consider recombinant protein production in mammalian cells to be a mature technology. After all, the first commercial therapeutic recombinant proteins produced with mammalian cells were available to patients in the mid-1980s. Large-scale transient transfection of mammalian cells in suspension was developed in the mid-1990s, first with calcium phosphate as the DNA delivery vehicle followed by the cationic polymer polyethy- leneimine, today’s standard reagent for transfection. The protein yields in these early days were very modest compared to the levels achieved now. The improvements have resulted from advances in vector design, DNA delivery, cell cultivation, host cell engineering, and bioprocess optimization. For this volume, I have organized the protocols around these topics. Almost all of the protocols presented here use either Chinese hamster ovary cells (CHO) or human embryonic kidney 293 cells (HEK293), the workhorses of the field, as the production host. However, the methods can be adapted to other mammalian hosts under the appropriate cell-specific conditions.

Having worked in this field for over 15 years, I have seen the technology change dramatically toward more high-yielding, cost-efficient processes, and I am encouraged to see that more and more academic and industrial researchers now have access to recombinant proteins generated from mammalian cells. When I began to operate a protein production service facility at the EPFL in 2006, there were few such facilities in the world that were using mammalian cells in suspension as production hosts. Now there is a large and growing network of facilities and individual laboratories using the technology as it has become more reliable and affordable. Its continued development promises to build on our knowledge of protein structure and function and to speed the discovery of new therapeutic proteins.

In closing, I wish to thank Professor John Walker for advising me on the organization and editing of this volume. I also want to express my appreciation to all of the authors who took time from their busy schedules to contribute protocols. Lastly, I thank Professor Florian Wurm who many years ago gave me the opportunity to join his research group at the EPFL to help develop large-scale protein production technology with suspension- adapted mammalian cells.

Transient gene expression in human embryo kidney 293 (HEK293) cells is an established approach for the rapid production of large amounts of recombinant proteins (r-proteins). Milligram to gram quantities of r-proteins can be typically obtained within less than 10 days following transfection. In this chapter, we describe a simple and robust transfection process of suspension-growing human embryo kidney 293 cells using two commercially available serum-free media and polyethylenimine as the transfection reagent. This chapter provides examples for the production and purification of a his-tagged recombinant protein and two monoclonal antibodies.

Fig. 1 pTT plasmid titration for optimal expression. To ensure optimal protein expression, pTT5TM plasmid encoding the cDNA of interest (pTT5/cDNA) can be titrated (100% down to 1%) with noncoding stuffing (filler) DNA (in this case, sonicated salmon testis DNA [sstDNA]) while maintaining the absolute amount of DNA constant. In Panel (a), the pTT5 plasmid encoding the Prolactin-Inducible Protein (PIP—P12273; aa 1-146 with a C-terminal His10Gly tag) cDNA was used to transfect 293-6E cells grown in F17 medium (2 ml final) in an agitated 6-well plate. The pTT5TM plasmid was mixed at various ratios (w:w) with sstDNA (1:99, 5:95, 10:90, 25:75, and 50:50). A total of two microgram of DNA was used per well to transfect the cells. Culture supernatants at day 5 posttransfection were analyzed by western blot using anti-his antibody. The blot shows that highest PIP expression ( 2 mg/l) was observed when only 1% of pTT5/PIP-H10G plasmid was used. In Panel (b), increasing amounts of pTT5TM plasmid encoding the Proprotein Convertase Subtilisin/Kexin type 9 (PCSK9—Q8NBP7; aa 1-692 with C-terminal FLAG tag) cDNA were mixed with decreasing amounts of sstDNA and the mixtures were used to transfect 293-6E cells as described in Panel (a). The blot shows that highest PCSK9 expression (6 mg/l) was obtained when only 1% of pTT5/PCSK9-FLAG plasmid was present in the DNA solution